Spanish Town dates from 1534; the town is the oldest continuously inhabited city in Jamaica. It was the capital of Spanish Jamaica from 1534 to 1655. Spanish Town remained the capital of the island until 1872 when this status was conferred on Kingston. The Emancipation Square/Civic Square is generally acclaimed to be the most impressive of its kind in the West Indies; it is said to be one of the finest examples of Georgian architecture in the western hemisphere. Spanish Town was the administrative and judicial heart of the island. It is Jamaica’s third largest urban center with a population of approximately 87,000 people. 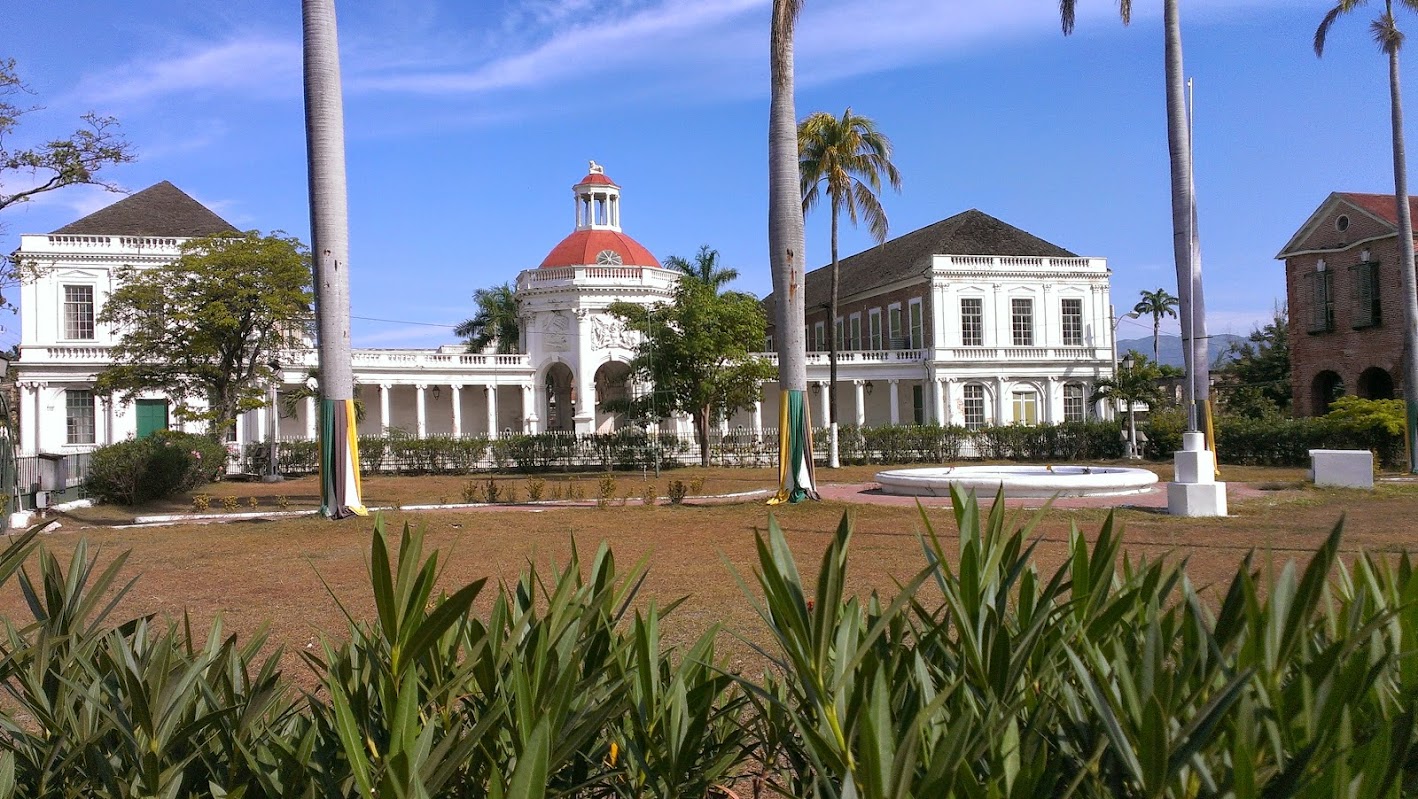 View of the Civic Square

In 1762, a new official residence for the Governor, King’s House, was erected on the site of the Old Spanish Hall of Audience. It is on the western side of the park. This building formed the first unit of the civic square designed in the then popular Georgian style. In 1838, the proclamation of the abolition of slavery was read from the steps of King’s House. After the capital was moved to Kingston King’s House was temporarily abandoned, but later became the home of Jamaica’s first university, Queen’s College. The structure was destroyed by fire in 1925 leaving only the main eastern facade and the stables. It now contains the Archaeological Museum with artifacts excavated at the site and exhibits tracing the history of the area between 1534-1872. 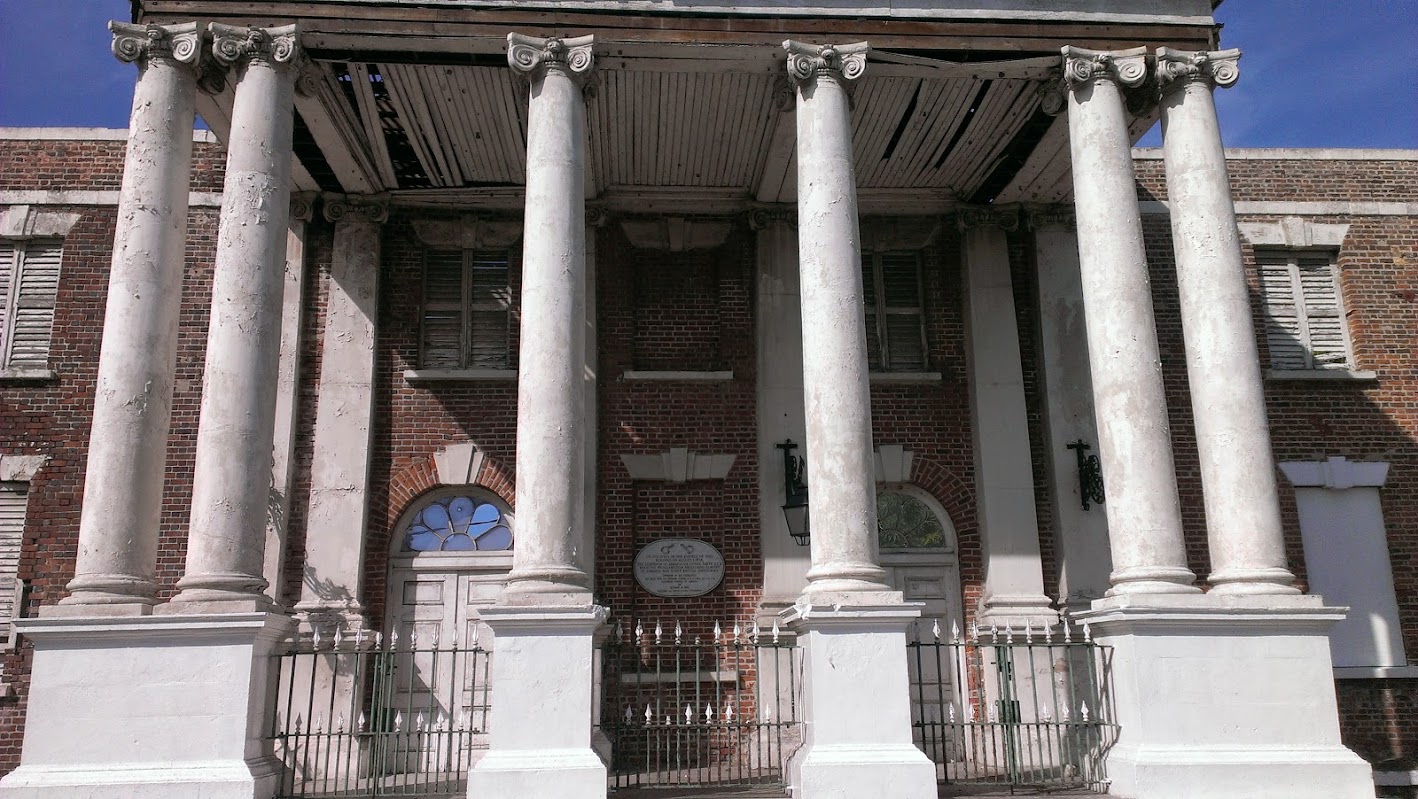 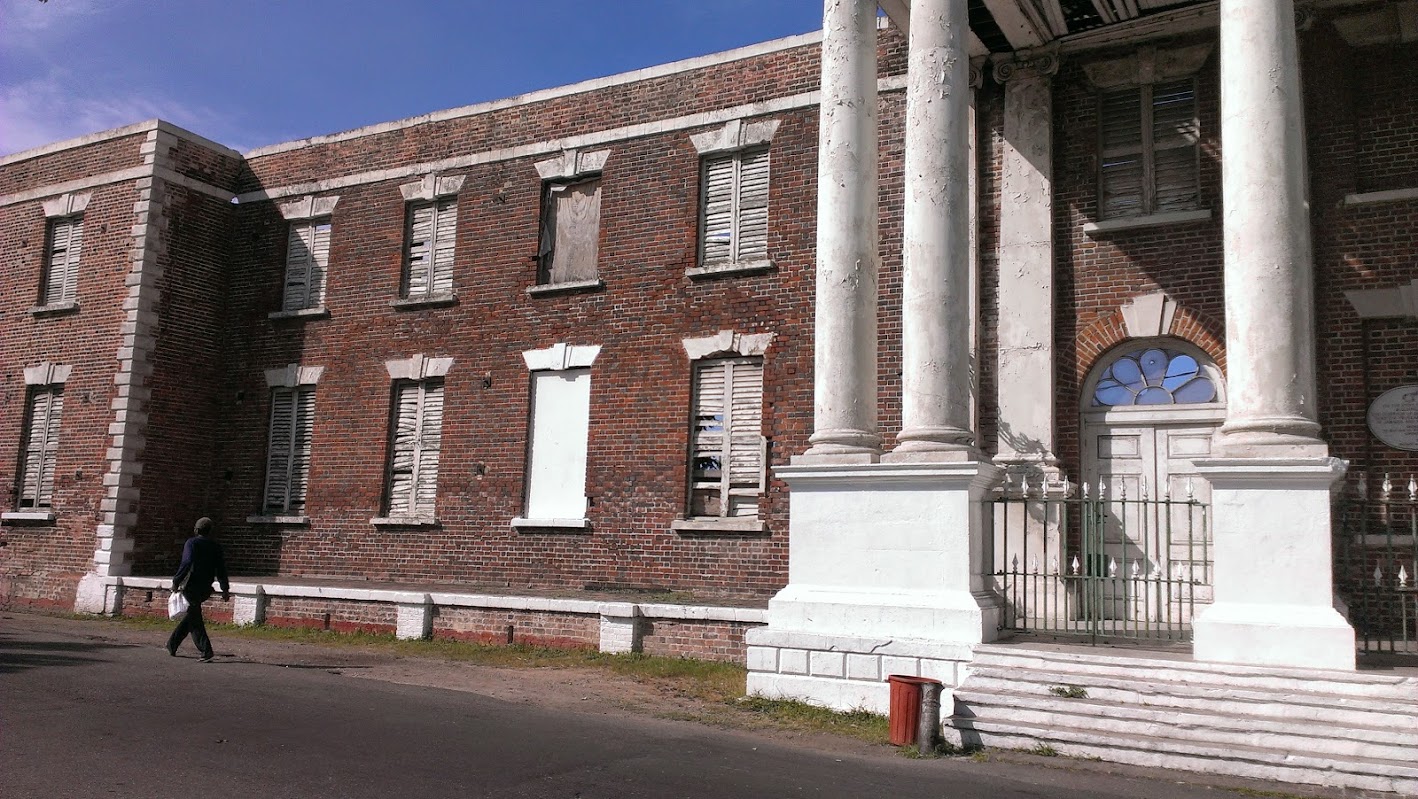 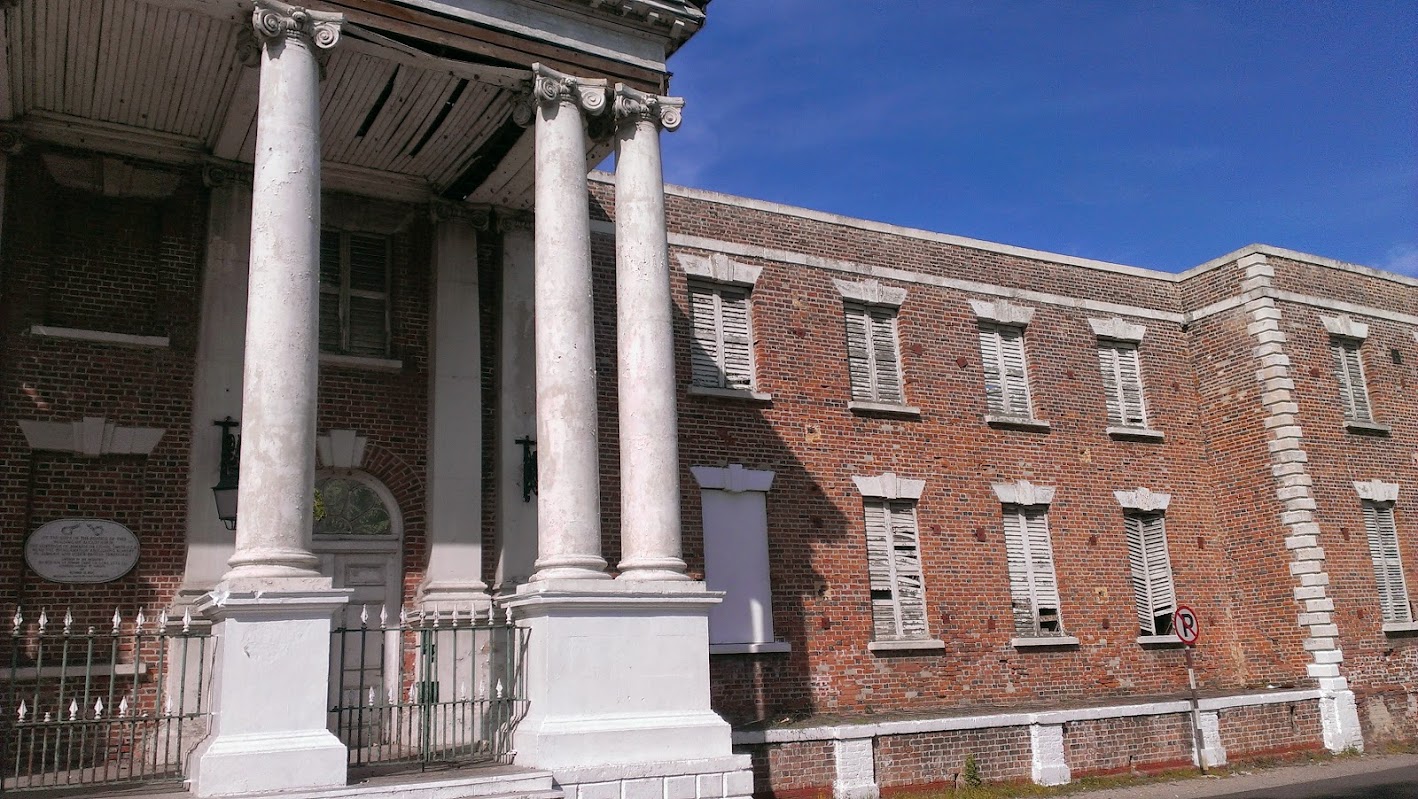 This two storey brick structure was constructed around 1762. It consists of a grand colonnade ground floor and the wooden first floor. It is where assembly meetings were held and sometimes balls to honor dignitaries. The structure now houses the offices and Mayor’s Parlour of the St. Catherine Parish Council. It is on the east side of the park. 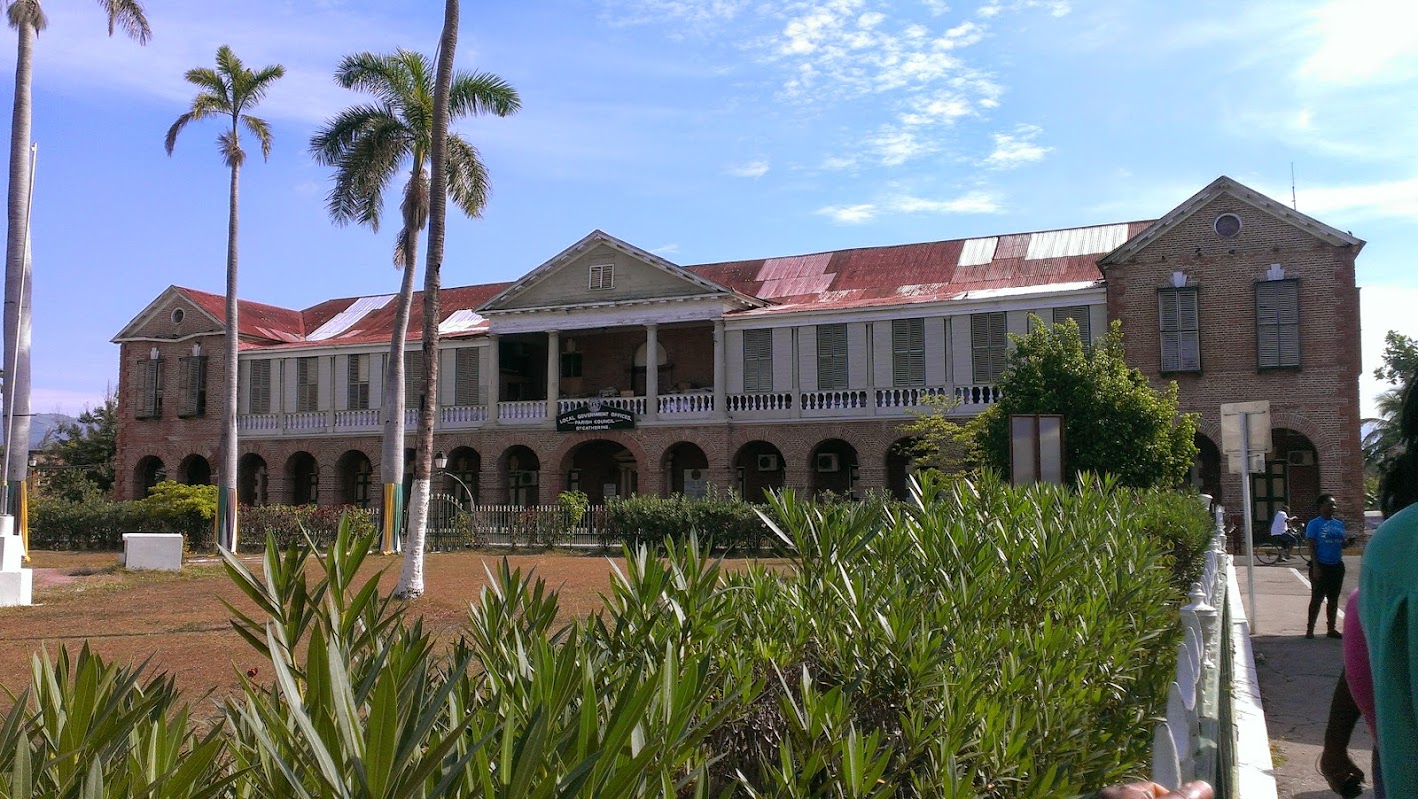 This elaborate edifice was created in honor of the celebrated British Admiral Lord Rodney; it is on the north side of the park. The Memorial, designed by the famous English sculptor, John Bacon in 1801, commemorates Rodney’s victory over a French fleet that had attempted to invade the island in 1782. Rodney is made to resemble a Roman Emperor. The National Archives are next to the Memorial; its collection is considered one of the finest in the Western Hemisphere. 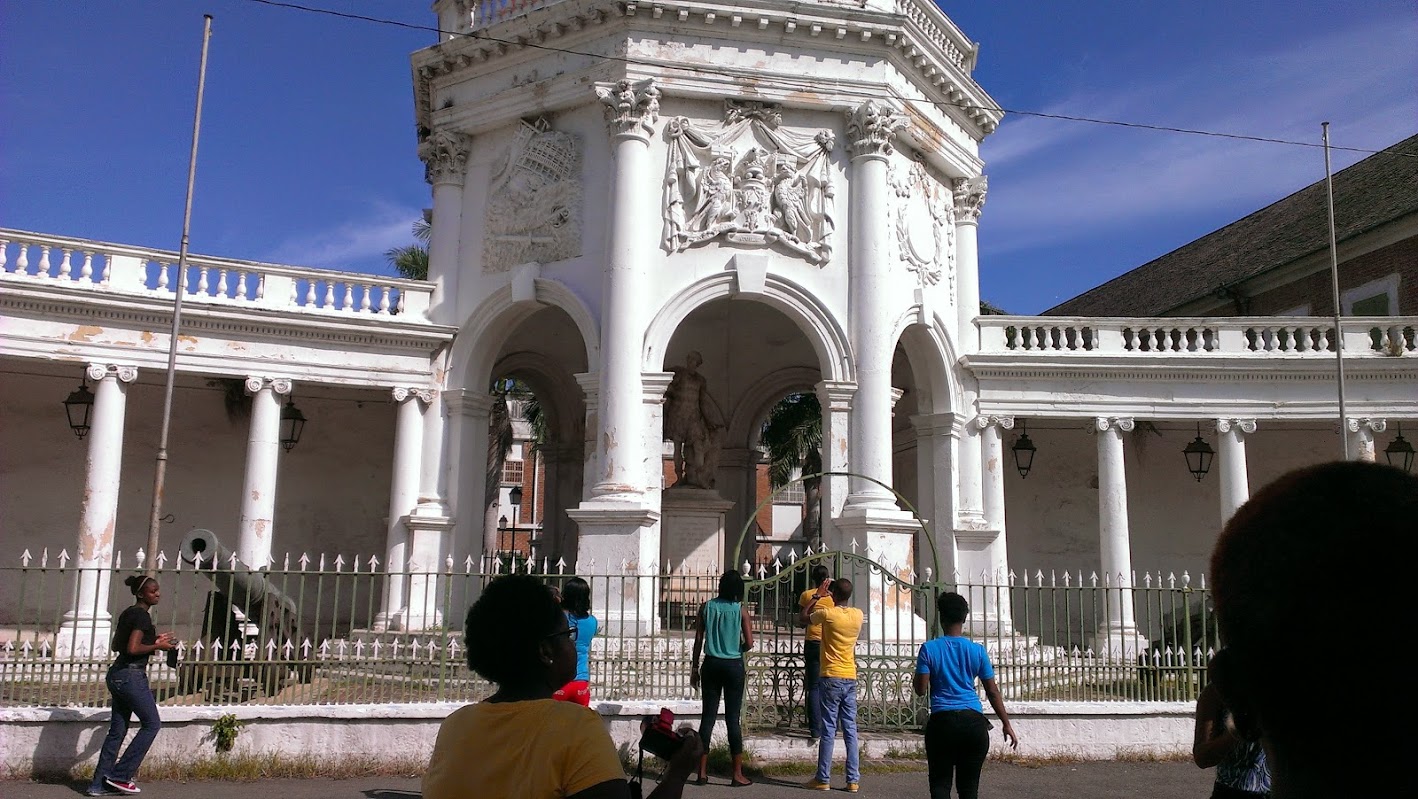 This Georgian building on the south side of the park was the last unit built to complete the Square. It was erected in 1819 at a cost of £15, 700. The site was originally a cemetery and later a Chapel, rumored to have been built with the caveat, “Ill to anyone who uses this site for any other than its originally intended purpose.”  It was then altered to form an arsenal for small arms this structure was eventually destroyed (ill fated events kept occurring) and the Court House was then erected on the site. The upper level of the building was used as a Town Hall. In 1986, the Court House was destroyed by fire. It was rebuilt and is now used for meetings. 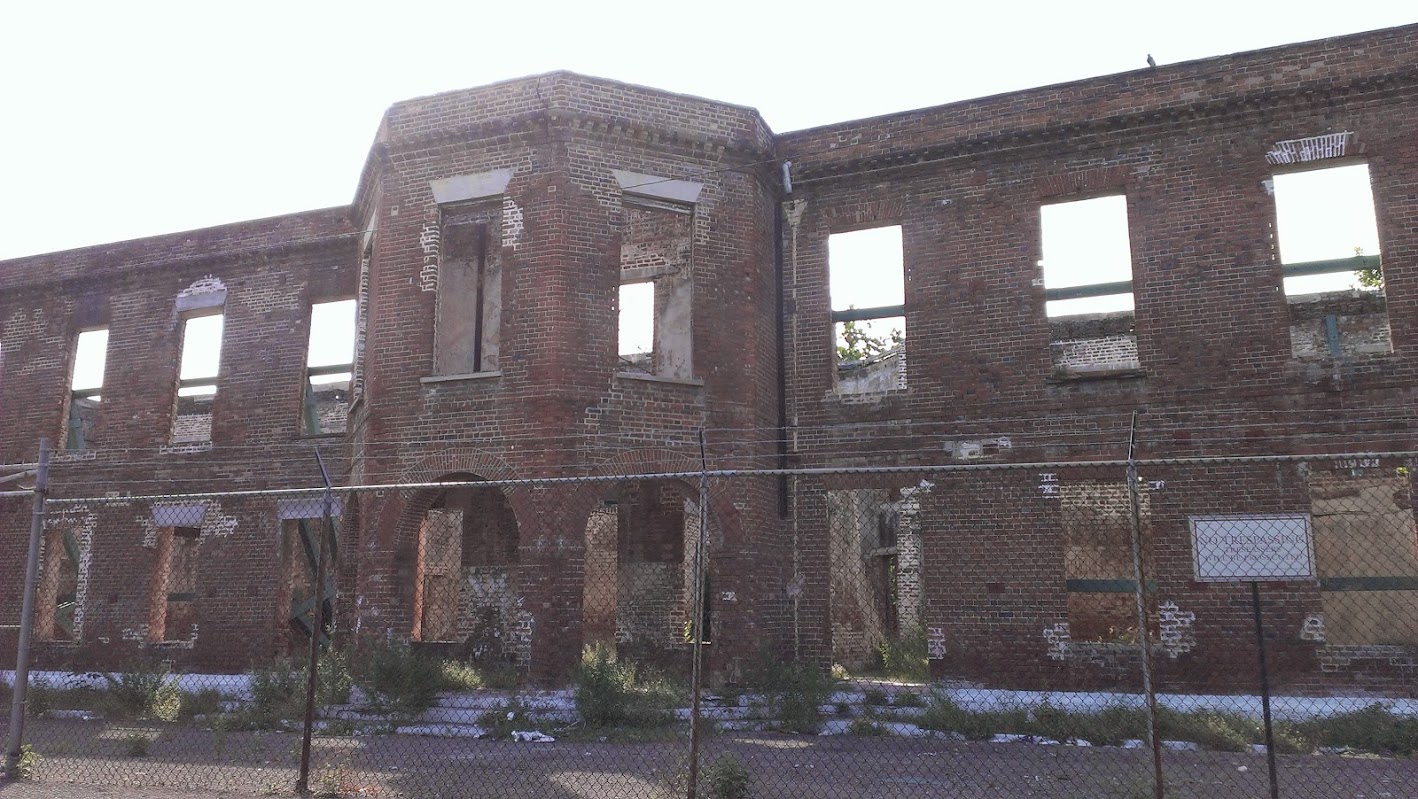 The Jamaican Peoples Museum of Craft and Technology

It is in the former stables block for the King’s House. Exhibits include implements, machinery and utensils, and displays featuring the architecture and industrial culture used throughout Jamaican history. 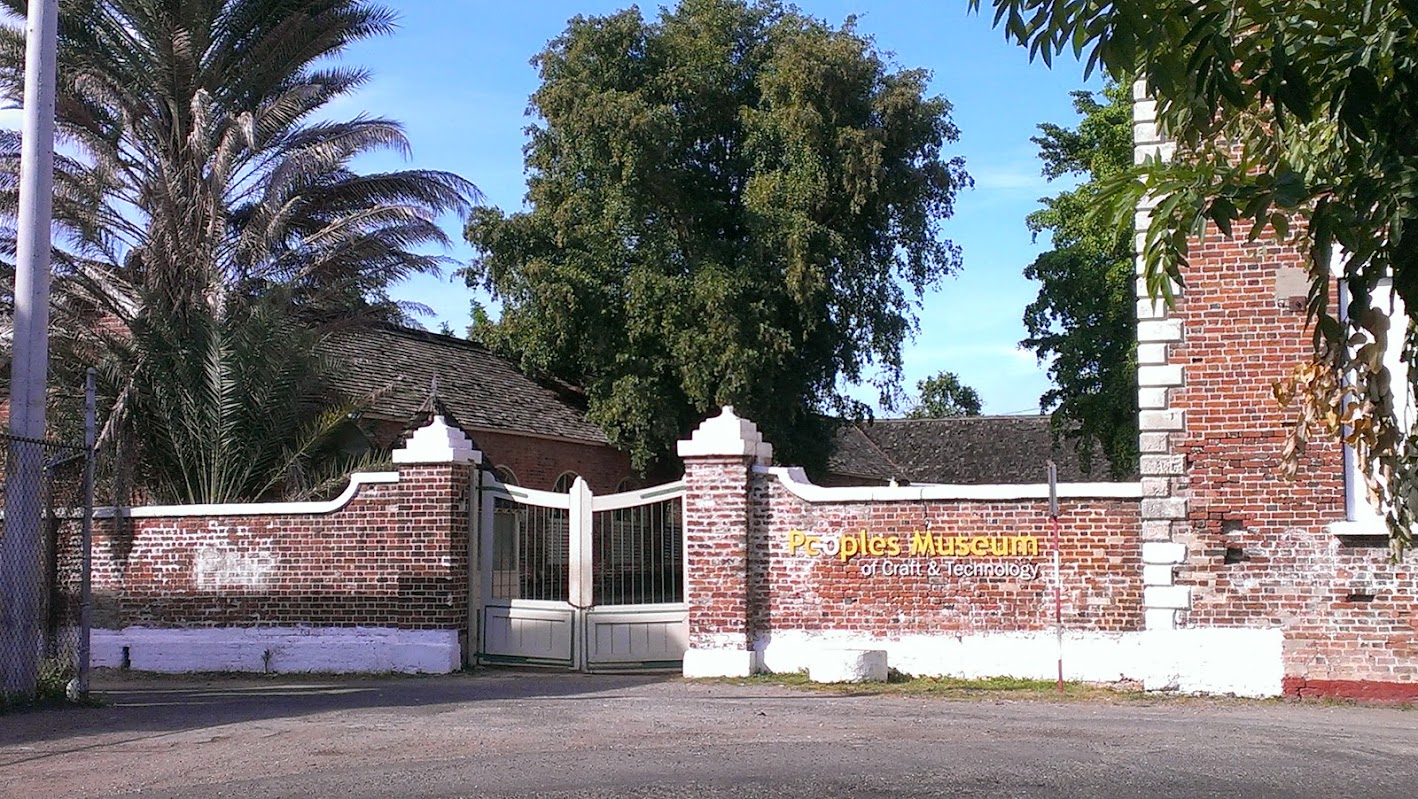 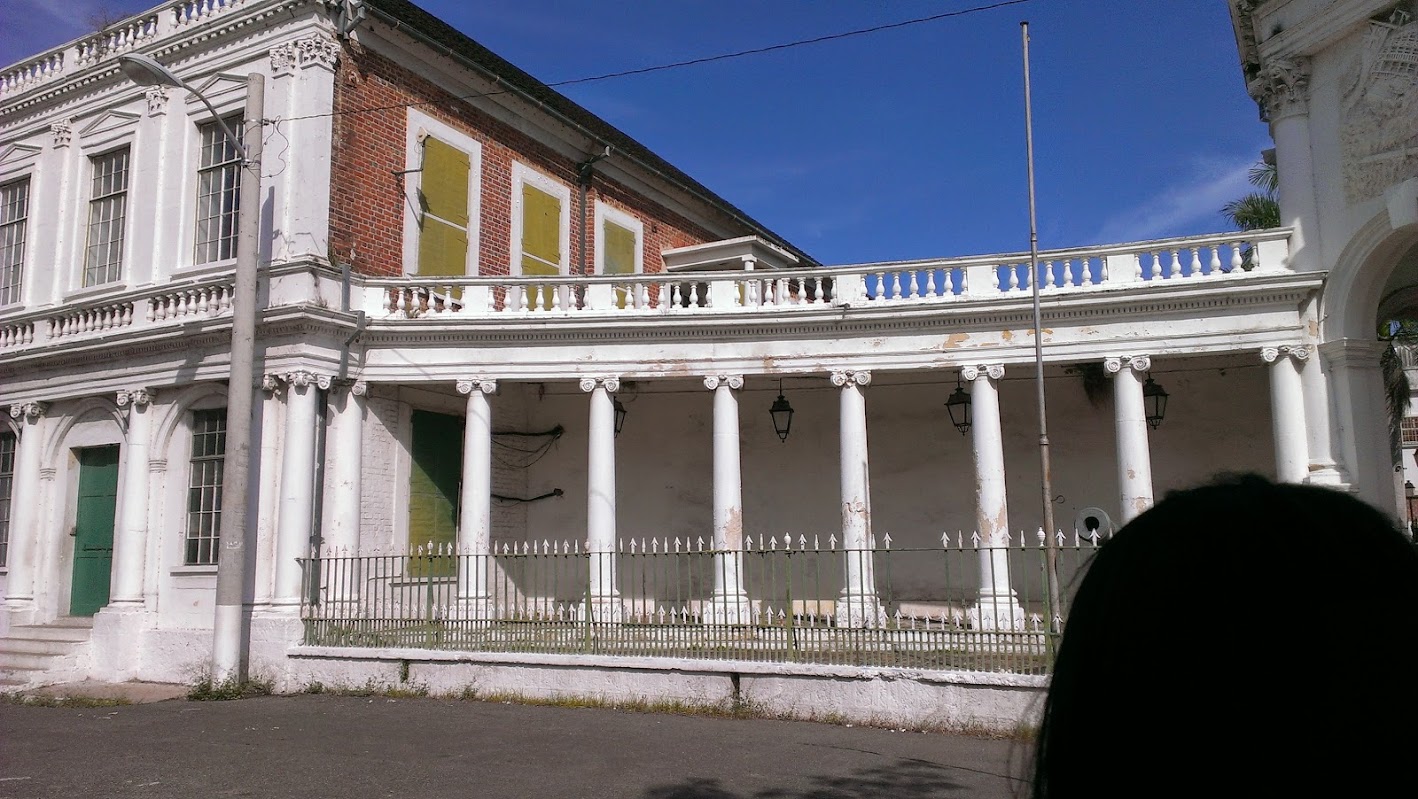 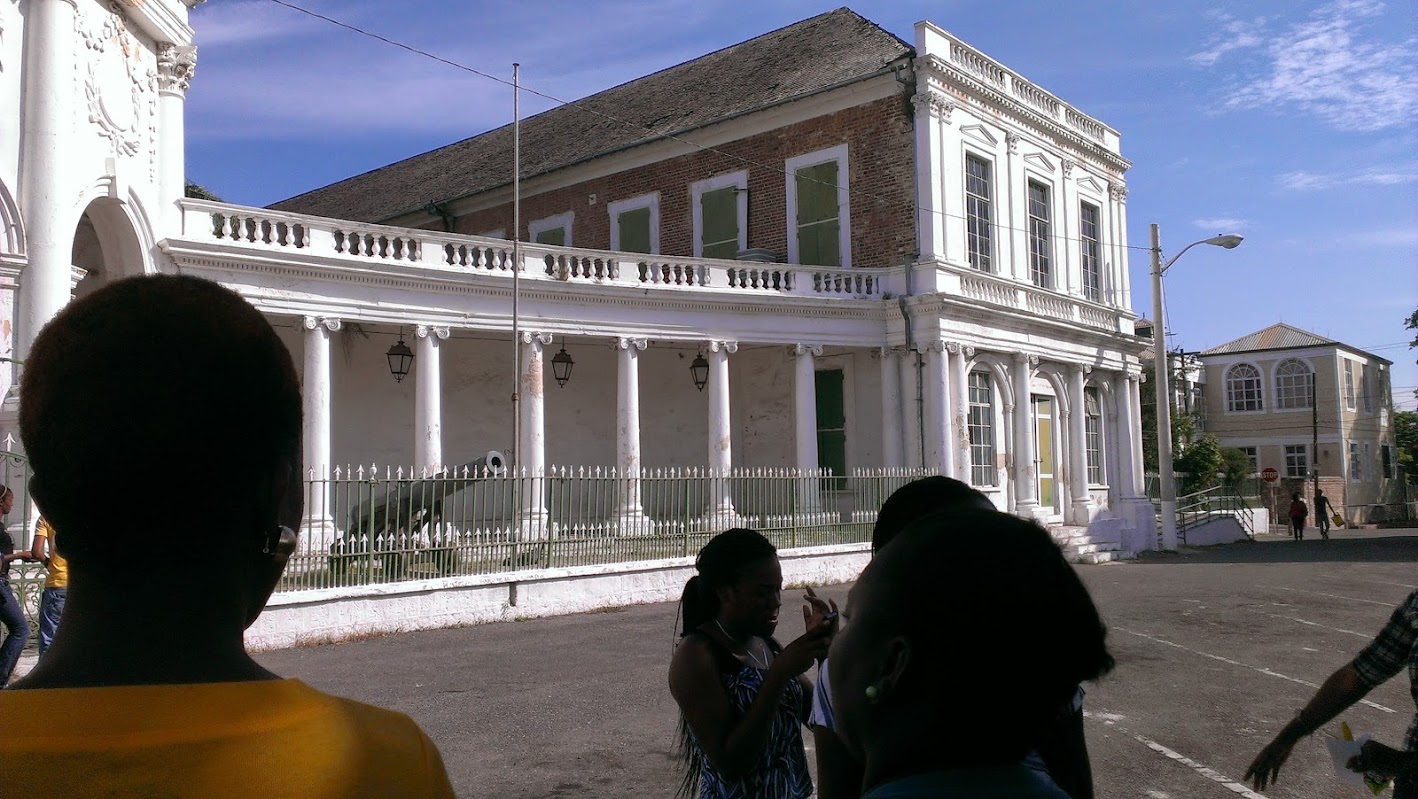